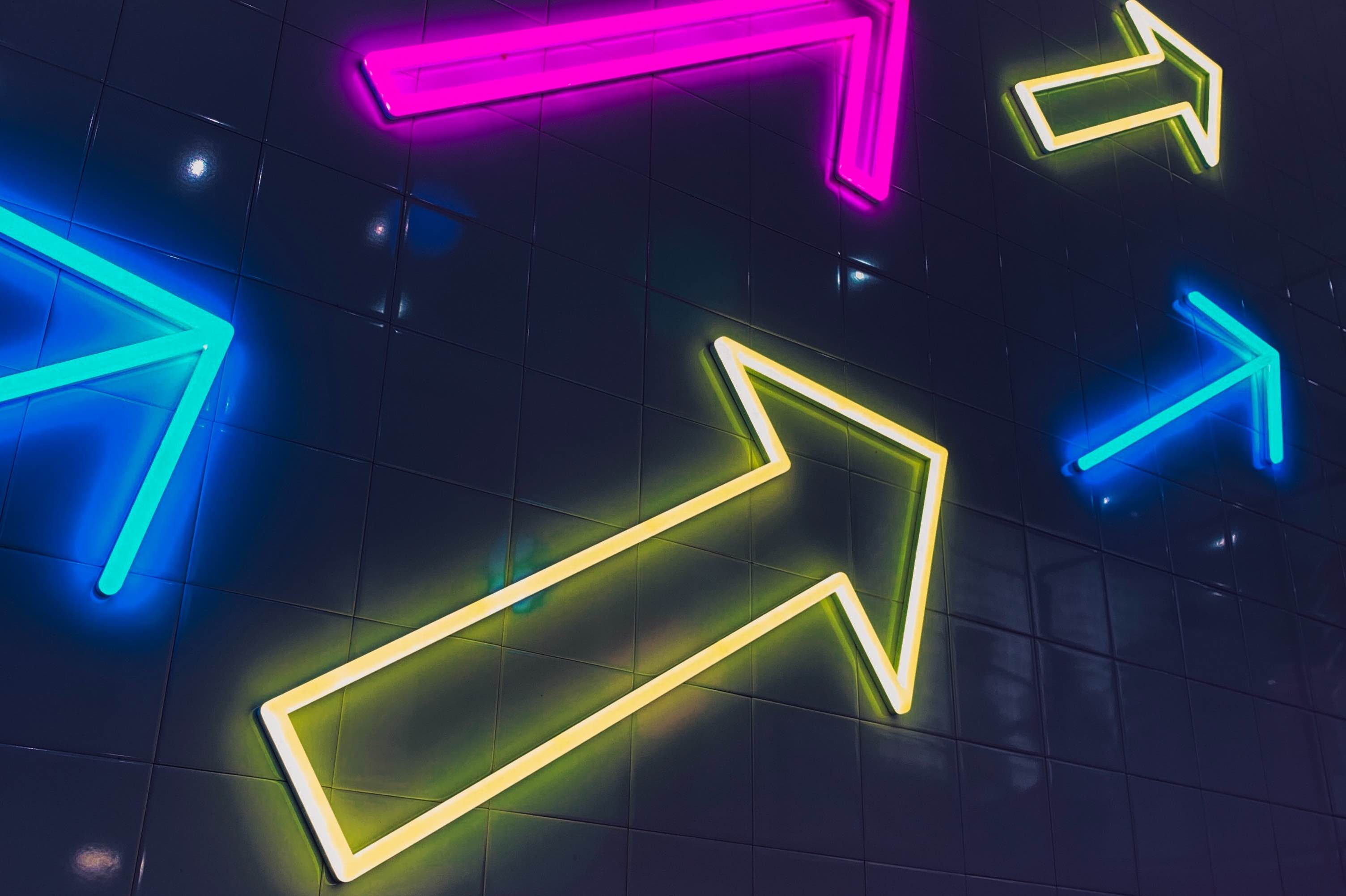 First and foremost, we are network builders. Others have been doing the same with Stanford graduates, Paypal employees, or Israeli founders. We bring together Greeks, working in technology, no matter where they are, and we are thrilled about the ubiquity and underlying value of this network.

This is how we introduced Marathon Venture Capital back in 2017. Today, we are happy to present evidence documenting the significant growth of our network that took place in 2021. By most accounts and similar to global trends, 2021 proved to be a banner year!

Continuing on our 2010-2020 report, we made an effort to track every single technology company with a Greek founder that raised an investment round and/or completed an acquisition or public listing in 2021.

Our inputs include a fusion of publicly available sources, such as Crunchbase and media publications, together with proprietary Marathon data. We acknowledge there may be several cases we did not manage to track and welcome further suggestions.

We are also sharing an updated full list of companies, using such publicly available data, in spreadsheet format. We hope this to serve as a community resource that will foster more interactions, enabling business opportunities and knowledge transfer.

Following three pretty much flat years, Greek-founded startups raised a record total of $4.5 billion in 2021. This provides for an unprecedented 239% annual increase compared to a total of $1.3 billion in 2020, shattering past records.

At the same time and again similar to global trends, the number of investment rounds remained largely stable in 2021, increasing 14%, from 155 in 2020 to 177 financings in total. The aggregate investment amount increased due to greater round sizes, rather than a significantly larger number of rounds taking place. We are exploring the underlying trends further below.

For the purposes of the study, we classified each investment round into Seed, Series A, and Growth (Series B, C, etc.) stages. During 2021, significant increases in the total amount of invested capital were observed across all stages. More specifically, Seed grew 313% annually to $471 million, Series A grew 164% to $863 million, and Growth increased 258% to $3.1 billion. It is important to highlight that Seed bounced back strongly after a relatively poor 2020, while it is also evident that Growth drove the largest part of the increase (70% of the total amount invested in 2021).

An analysis of the number of rounds per stage further highlights the impact of Growth. The number of Seed and Series A rounds remained largely flat, with Seed being 23% down compared to its recent 2019 peak, while Series A being at an all-time high. At the same time, the number of Growth rounds increased 87%, from the previous peak of 23 rounds in 2020 to 43 in 2021.

Startups are increasingly becoming geography agnostic. Greek founders comprise a fast-growing network spread around the world, and companies founded by them follow suit in terms of location. In the below graphs, we split the list of companies between ones that maintain a base employing people in Greece versus not.

At the same time, investments in companies based elsewhere grew 296%, raising $3.5 billion, or 78% of the total invested amount in startups in our sample for 2021. We believe this is indicative of the opportunity attracting more Greek founders to set up shop in Greece, as others have been doing increasingly. Our recent compensation report for tech roles in Greece and similar resources may also come in handy for such purposes.

The geo split of the number of rounds followed a similar path. During the year, 65 investment rounds took place in startups maintaining a base in the country, a figure similar to last year and 20% lower than the 2019 peak, while 112 rounds facilitated in Greek-founded companies that do not (20% increase).

We took a deeper dive into the investments that took place in companies maintaining a base in the country, to highlight the underlying trends per different stages. Seed investments largely remained flat to 34, while Series A shrank 20% from 18 to 15. At the same time, Growth rounds grew 167% from 6 to 16, more than doubling compared to their previous peak. It is also interesting to note that the number of Seed investments was 52% of the total, compared to 59% in 2020 and 84% in 2019; before 2020 most of the local activity was around Seed, which is not the case anymore.

To study the source of capital, we classified each investment round as per its lead investor, split into the following three categories: Angels, Greek funds, and International Funds. 2021 investment activity was largely dominated by international funds, leading 150 or 86% of total rounds. Rounds led by Angels increased from 9 to 13, while rounds led by Greeks funds were limited from 27 to 12, shrinking 56% compared to 2020 and 75% compared to the peak of 2019. It is to be noted, though, that Angels and Greek funds are focused on Seed, and many such investments are increasingly undisclosed.

What we also consider to be of importance is the caliber of such lead investors. The following image pictures a select few of them that led investment rounds in Greek-founded companies during the last year. 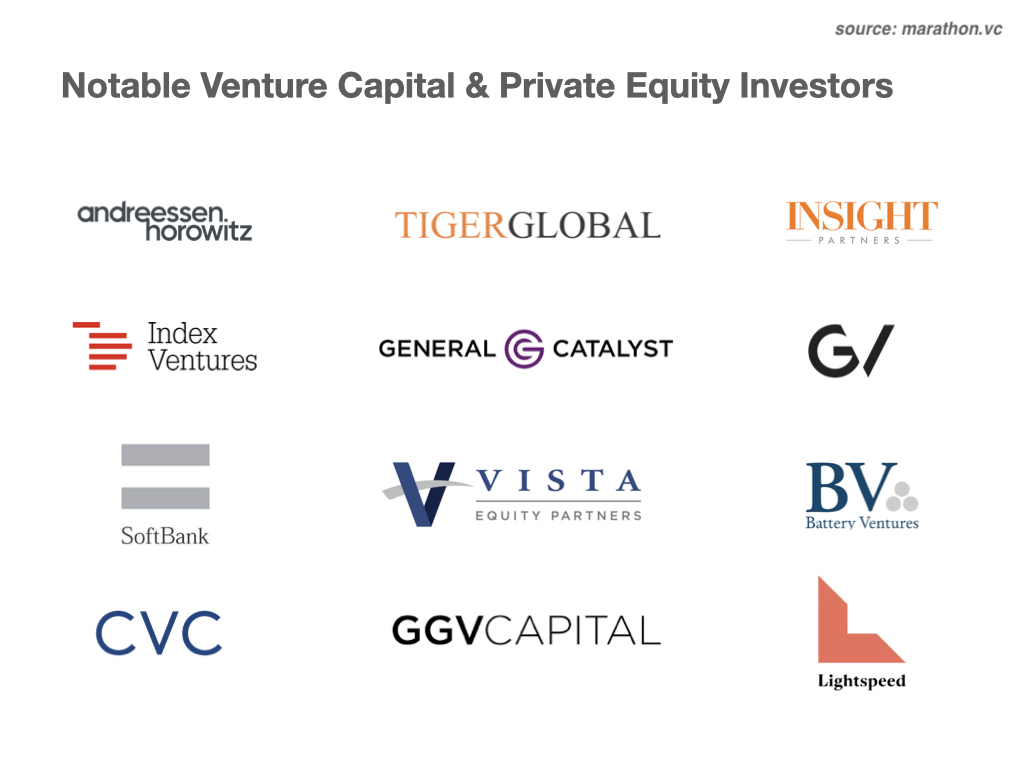 2021 proved to be a strong year in terms of Greek-founded startups Acquisitions & Public Listings.

We tracked 24 acquisitions and 3 public listings that were announced during the year, a 93% increase compared to 2020 and a 35% increase versus the previous peak of 2019.

In terms of acquisition amounts, the total figure decreased from $2.7 billion in 2020 to $1.4 billion in 2021. This aggregate figure is largely driven by outliers, and may fluctuate accordingly. It is also to be noted that the acquisition value of companies maintaining a presence in Greece maintained significant levels for a second year in a row, at $378 million total. The image below highlights some leading corporate players that invested or acquired a Greek-founded startup in 2021. 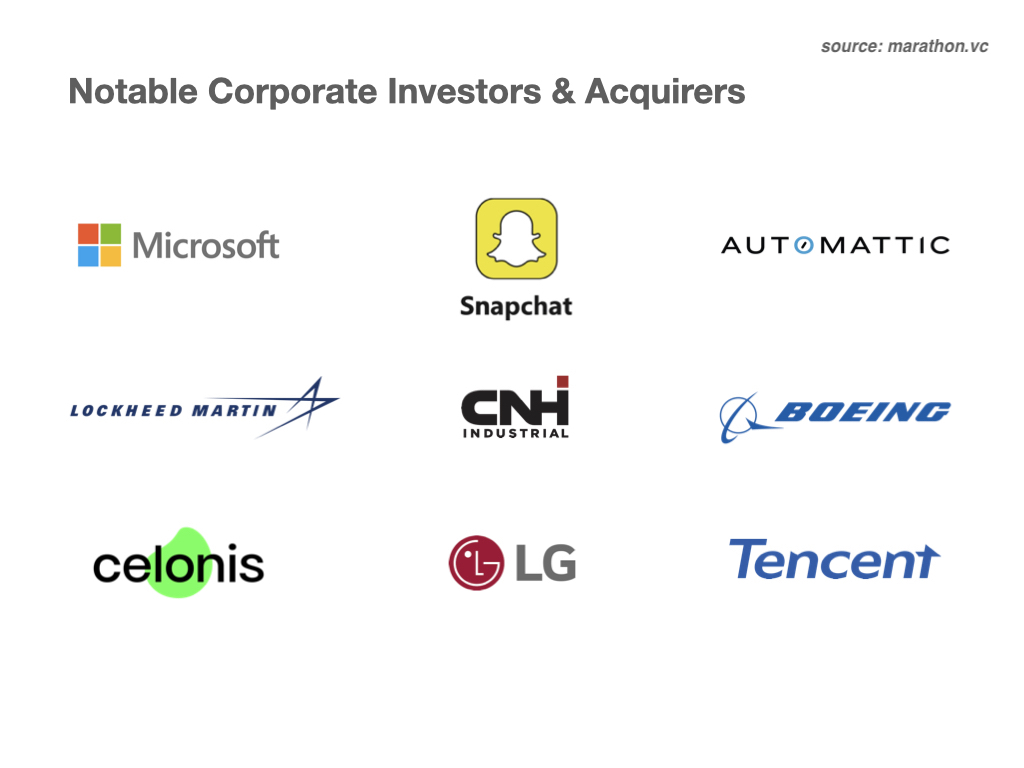 To further raise awareness and create more opportunities across our network, we are also releasing our research data originating via public sources. Leveraging our original effort on the topic, we are making available full data for 721 Greek-founded startups that have been funded and/or acquired and/or went public from 2010 to 2021. To ensure consistency, we have only included data available on Crunchbase. You may find the following information per company, available in spreadsheet format: company name, founder name, investors, total investment amount, stage, geography, etc. To our knowledge, this is the most comprehensive resource available on the topic, and you are welcome to copy, process and make the most out of it.

At Marathon, we have been on a mission to help Greek founders create world-class technology companies. It has been fascinating to see our network taking shape and reaching new heights. Still, it is early days for Greek-founded startups, and we look forward to what's coming next!