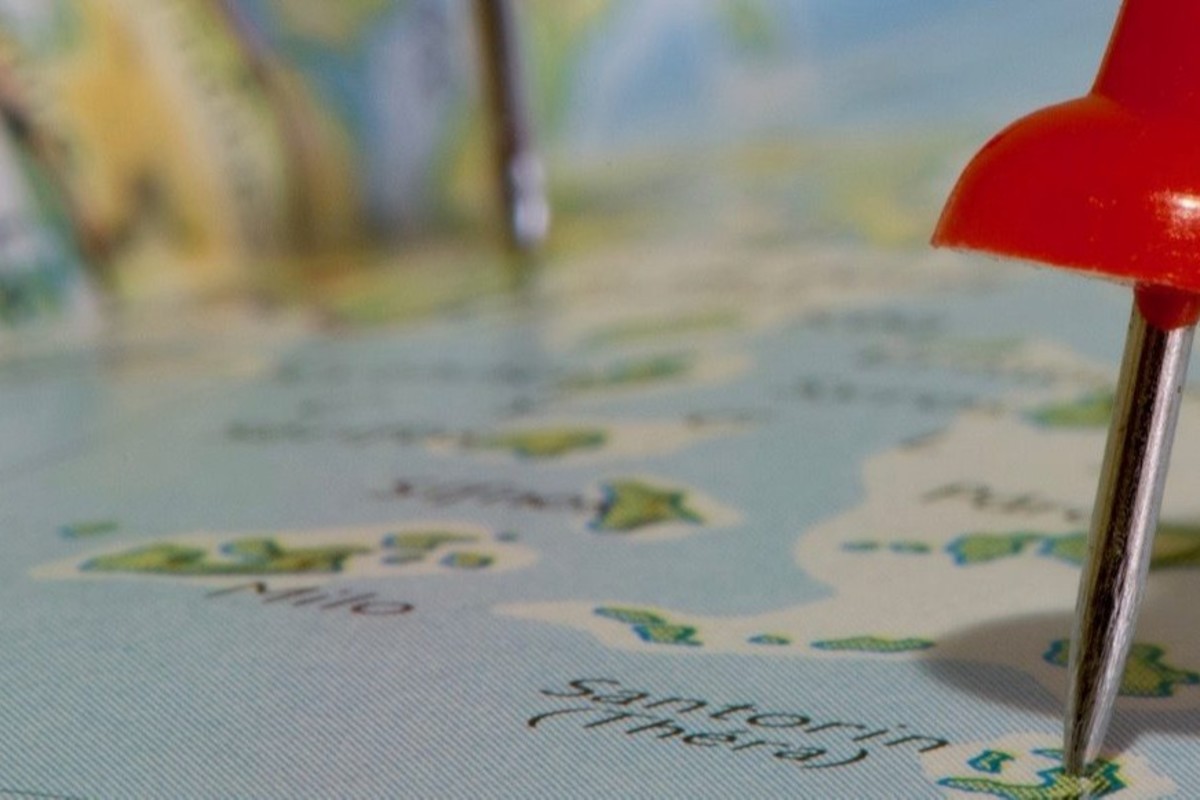 In an attempt to estimate the size of the Greek startup market, we have put together some data regarding investments that took place between 2010 and 2016 in technology companies based in Greece. For the purposes of our research, we have included companies building technology products and maintaining the core part of their employee base in Greece. Although we cannot claim that we tracked everything, we did our best to include data from public and private data sources that we believe captures the dynamics of the market. 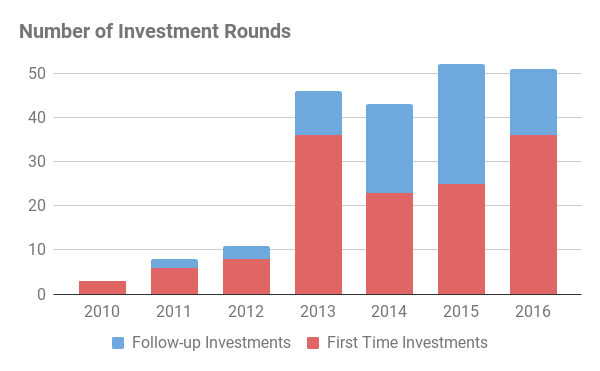 The first graph presents the number of investment rounds. From the original Openfund investments in 2010, the market has grown to more than 40 investments taking place every year starting from 2013, with 137 companies receiving 214 rounds in total. Much of this influx of capital can be attributed to the Greek State and the European Investment Fund, that anchored four technology funds via the Jeremie initiative back in 2013. 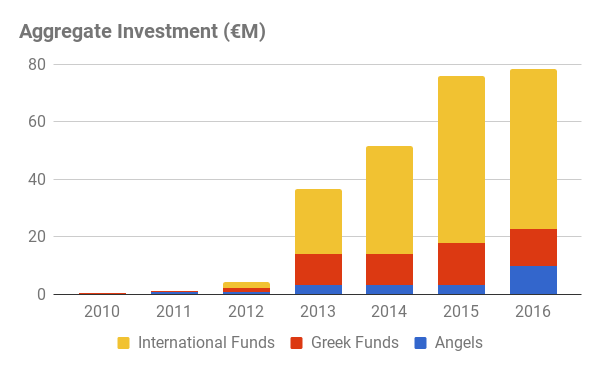 In the second graph, we tracked the aggregate amount of money invested in Greek startups per year. More than €200M have been invested in total so far and, again, the impact of the Jeremie funds is evident. In general, local funds and angels participate early, followed by international investors taking the lead in later stage rounds. This also suggests that, as more companies mature, more investments by international players are to be expected. 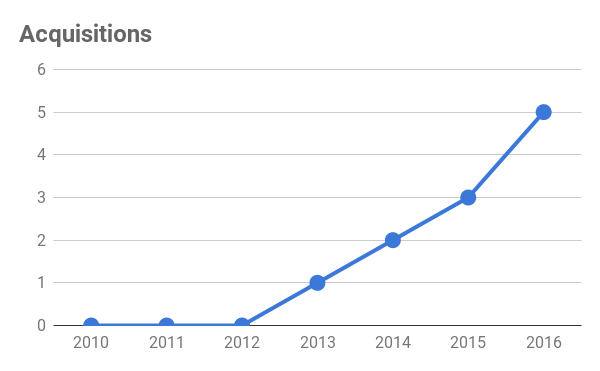 A number of companies have followed the acquisition of Bugsense in 2013. Exits are a lagging indicator, as they take a few years after starting a company and raising capital to materialize. That said, with five acquisitions that took place in 2016 and a similar number that has happened already in 2017, the trend is clear; more and bigger exits are bound to happen.

There are two ways to read the above. An external observer may focus on the absolute numbers, which are by any metric still quite small. There is no question that we have a long way to go for the Greek market to mature and help ambitious founders and their promising companies reach their full potential.

For those in the likes of George and Panos, though, who have been there from the start, the story is different. With thousands of people working in technology and accumulating experience as product, business and company builders, interesting companies are getting started every day and capital is following suit.

Equifund, the new initiative of the Greek State and the European Investment Fund, is expected to anchor more new funds later this year. As a result, we anticipate early stage investment activity to grow 2-3x; we believe it is realistic to expect 100 investment rounds per year, followed by more international funds participating and a fast growing number of exits. We definitely look forward having an impact on that!